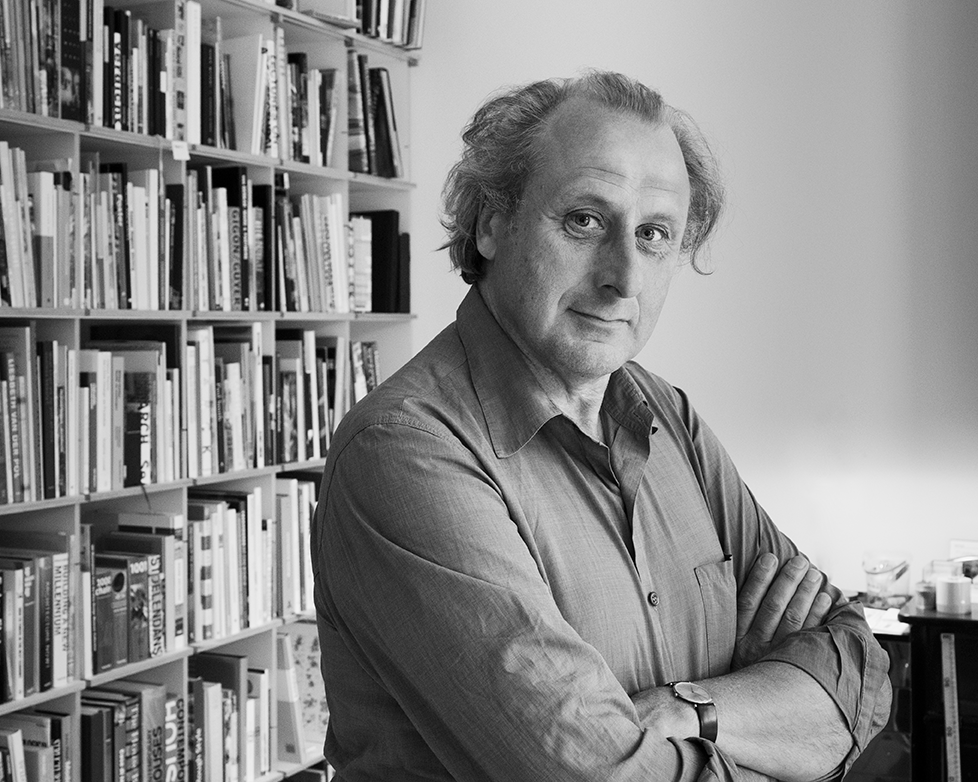 ‘Architecture is a cultural act’

The quality of the architecture is of vital importance to our society. In a world that is becoming more complex and uncertain, architecture can contribute to a society that is able to adapt to the needs of the time. So many issues yearn for a solution. It helps if you, as an architect, are a glutton who enjoys looking for connections. Thijs Asselbergs is such an architect. He is someone who does not stand still or looks back but who is curious about the immediate future – and someone who prefers to give as many people a push in the right direction as possible. Innovation and integrality are keywords in Thijs Asselbergs’ practice. He has tailored his office to this; it is not accidentally called’ architectuurcentrale’. In this network and organization, Asselbergs works together with the Architekten Cie and young talents such as Joeri van Ommeren. The office is located on Amsterdam’s NDSM wharf, a breeding ground for innovation in construction, sustainability and culture.

Eighty percent of Thijs Asselbergs architectuurcentrale’s portfolio consists of residential buildings. Asselbergs doesn’t just build houses, he builds environments for people. Pleasant places. Sometimes the environment is inconspicuous, such as a neglected industrial terrain in Zandvoort-Noord. He manages to lift this ‘forgotten place’ by building two residential towers. Sometimes the surroundings are already magnificent, such as the Room for the Waal project near Nijmegen, part of Room for the River. A real ‘Gesamtkunstwerk’. Thijs Asselbergs emphasizes the ‘integrality in the design – from cobblestone to water system’ and the collaboration with many parties, including the municipality of Nijmegen, engineering firms and landscape architects. ‘As a designer, you are a spindle, but the strength of the project is that integrality.’ Collaboration was also the foundation of the SJU Jazz venue Cloud Nine in TivoliVredenburg. For ten years, Asselbergs worked with architects Herman Hertzberger, Jo Coenen and NL Architects to realize this ‘musical city-within-a-city’.

The curriculum of Thijs Asselbergs’ professorship at the Delft University of Technology also bears witness to the desire for innovation and collaboration. As Professor of Architectural Engineering (since 2008), he develops innovative technological solutions with students as an integrated part of architecture. He has a broad understanding of technology. These are industrialized, flexible and circular building solutions, such as the ambition to build one million houses in the next decade. But Thijs Asselbergs wants to realize more with his students. He wants to explore the possibilities of data architecture, research digitization and robotization, think about new financing for construction, devise systems in mobility, and investigate how environmental damage and the loss of open space can be limited. The breadth of this research area already indicates how the profession of architect is changing. That is why Asselbergs has set up the platform The New Architect to prepare his students for their future role. He has also involved in BouwLAB and Openbuilding.co. These two initiatives drive innovation in building design and renewal, expanding on the open building method developed by John Habraken in the 1960s.

In the 1980s, Thijs Asselbergs, together with Jan Pesman, founded the design magazine Items. Inspired by Die gute Form – the philosophy of the legendary Braun designer Dieter Rams – Items acted for many years as a platform for debate about good design. Steve Jobs is also indebted to this. Good form arises in engineering work and results in an architectural act. At the same time, Asselbergs has been in the public domain from the start of his career. In the 1990s, he entered the sphere as the city architect of Haarlem and was one of the innovators of the welfare policy. In his profession, he is always an advocate of architectural quality in the public domain. To this day, environmental quality remains high on the agenda.

From chair to city

Environmental quality, according to Thijs Asselbergs, is the balance between spatial quality (culture), economic quality (lifespan) and innovation (technology). He positions himself in the ‘middle’ of that triangle. This typifies him—Asselbergs designs throughout the scales. From chair to city, as his teacher Jaap Bakema once pointed it out—and from paper to practice. Navigating between ‘construction, professionalization and industrialization on the one hand, and architectural ambition on the other,’ as one grandmaster (John Habraken) remarked about the other teacher (Jaap Bakema).